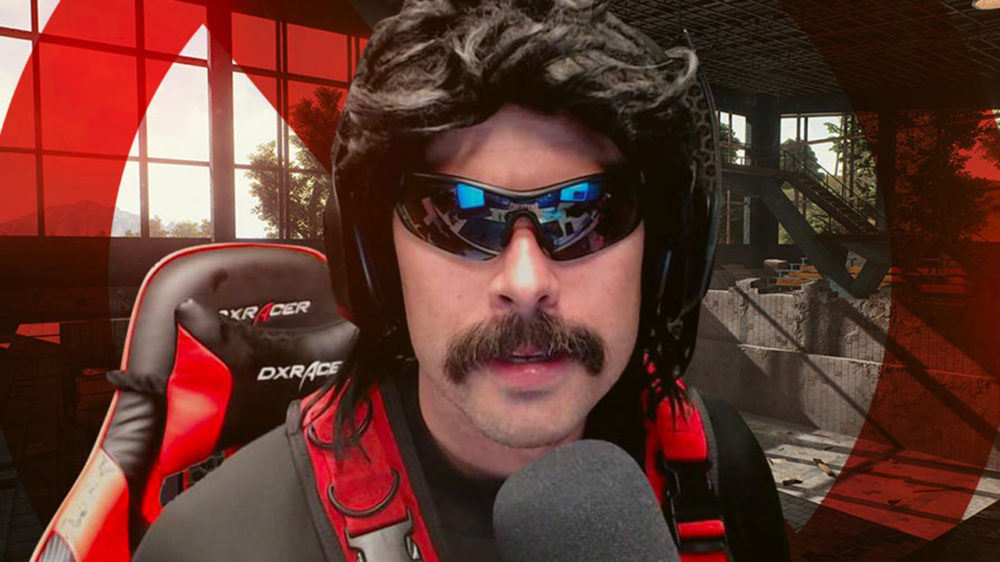 Are you hoping to imitate the Doc and purchase the complete Dr DisRespect setup? This machine is at the tippy top of greatness, and you’ll be glad that you upgraded from your old slow rig. We’ve put together a quick list of Dr DisRespect’s gaming setup. It’s an absolute beast that helps him keep at the pinnacle of his game, and it can help you get there too. Obviously it is his pure athleticism that make him so damn good at gaming, but his setup helps too. 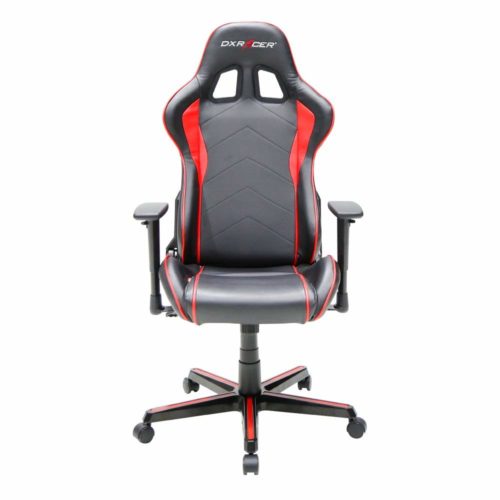 Dr DisRespect games anywhere from 4 to 10 hours a day. This video game superstar needs to make sure that his body is in complete comfort while he dominates the battlefield. This black and red throne is built with an adjustable lumbar pillow with a head/neck pillow included. 360 headshots aren’t the only thing that Doc is up to. In this chair he can swivel a complete 360, and it has smooth double caster wheels for smooth rolling. It’s the perfect chair for the King of Twitch. It is comfortable and looks good. You can check the price of Dr DisRespects Chair on Amazon.

You think the Doc is using just any old mouse to land those snipy snipes? Of course not! Dr Disrespect uses the Razer DeathAdder Elite (check price on Amazon). The very name of this mouse is dangerous. With his precise aiming and sturdy grip, Dr DisRespect maneuvers this mouse to dismantle his enemies. It’s a badass mouse that comes at a respectable price. No fancy gimmicks. Just pure precision. 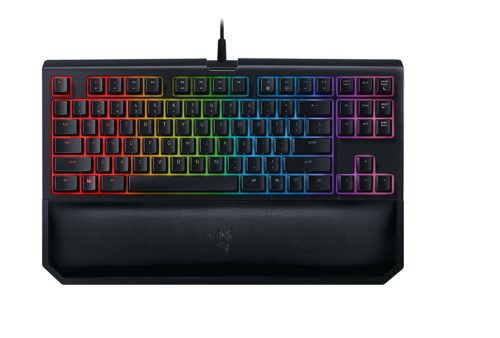 The Doc uses the Razer BlackWidow Tournament Edition keyboard. What’s with Razer naming all of their products as things that can kill you? Regardless this keyboard can stand the test of 1000s of hours of gaming. It claims that it will remain durable after 80 million keystrokes. It’s designed for eSport gamers, and has an ergonomic wrist rest to keep the Doc comfy while gaming. You can customize the backlit key colors, and so obviously the Doc’s is black and red. You can view the price for Dr Disrespect’s keyboard on Amazon. 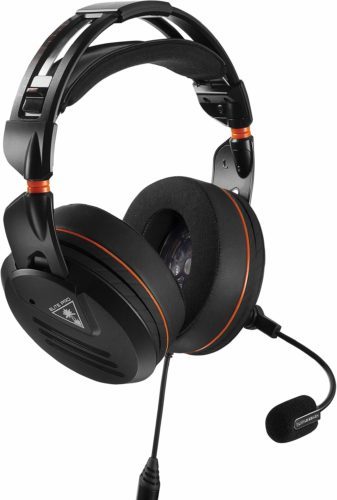 When you’re at the top of your game and landing victories left and right you need to make sure you can hear properly. The Doc has incredible hearing and can pinpoint the location his enemies by a single footstep. He uses the Turtle Beach Gaming Headset (see price on Amazon) to provide clear audio during his gaming sessions. This headset not only gives great sound, but also is comfortable on the ears. 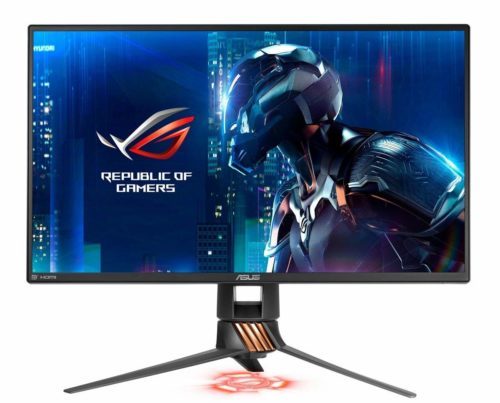 Imagine landing on an island with 99 people trying to kill you. Now imagine this situation happening to you multiple times in a day every single day. This is the situation in which Dr DisRespect finds himself. He’s a huge fan of the Battle Royale Genre playing PUBG, H1Z1, Rings of Elysium, and Call of Duty : Blackout. When you find yourself in a battle royale type situation you need to make sure that you have a monitor that is quick enough and crisp enough to spot the enemy. An old monitor that’s laggy just won’t work. Dr. DisRespect refuses to use gear that will hinder him. This is why he uses the ASUS ROG Swift PG258Q 24.5″. You can view the price on Amazon here.

This monster of a monitor ensures smooth gameplay by eliminating screen tearing and stuttering. The Doc can be sure that he’s seeing exactly what is actually happening with this monitor. It’s got a 1ms response time and a native 240Hz refresh rate. In addition it was made with ASUS Eye Care technology that makes the Doc’s marathon gaming sessions easier on his eyes. It’s a real gem on a computer monitor. 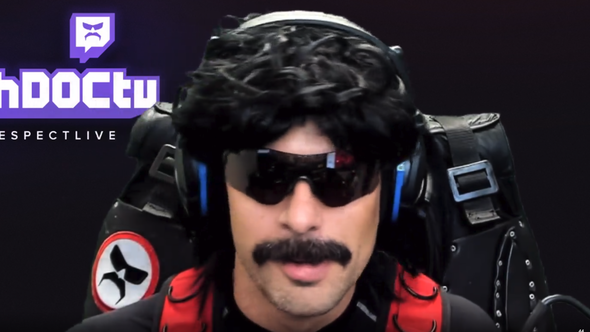 What You Need to Know About Dr DisRespect

Dr. DisRespect is the most ruthless competitor in the online gaming community. He is a popular video game streamer known for his athleticism and skill. Known as the “Doc” he rose to fame streaming H1z1 before switching over to PUBG (Playerunknown’s Battlegrounds). With the release of Call of Duty : Black Ops 4 he is switched to playing CoD:BO4 nearly exclusively. You can see him sporting his thick caterpillar mustache, his wild mane of hair, and the google prototype scopes.

The True Identity of Dr DisRespect

His name is Guy Beahm. He was born on March 10, 1982. What’s his height? 6 feet 8 inches. He is American. He went to college at California State Polytechnic University, Pomona in 2005. After college graduation, he began to work at Sledgehammer Games as the community manager. In 2012 he was promoted be a level designer. During this time he helped create many of the of the maps for Call of Duty: Advanced Warfare.

In 2010 while still working at Sledgehammer games he started his Twitch and YouTube channels. While he did start to gain traction he took a break in 2012 to focus on other things. Three years later in 2015, he retired from Sledgehammer games. The Doc was back, and it was during this time that his channel grew in popularity. He currently has over 776k followers on Twitter and 2.7 million followers on Twitch.

Dr Disrespect keeps most of his personal life out of the public sphere. He is married, but his wife’s name is not public knowledge. She is known as Mrs. Assassin. Occasionally she appears in his social media posts, and she also was with him at the 2017 eSports Industry Awards. He and his wife have a daughter whose name is Alana. She was born in October of 2014.

WE WENT THROUGH A WATERSLIDE OF SUCCESS. AND ALL THESE PUNK KIDS WERE AT THE BOTTOM, IN THE little KIDDY POOL, NOT KNOWING THAT A 6 foot 8 ..OH MY GOD..FREAK OF NATURE IS COMING DOWN THE WATER SLIDE AT 95 MPH BUTT NAKED FULLY VASOLINED FROM HEAD TO TIPPY TOE. READY TO KNOCK EVERY SINGLE LITTLE KID OUT…