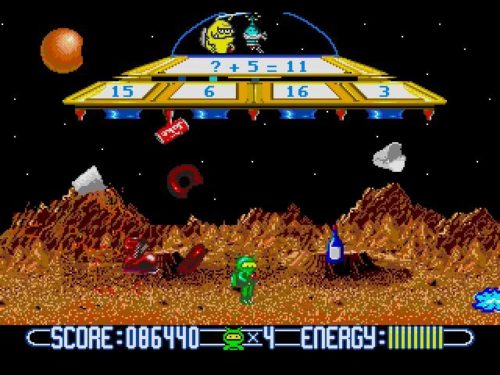 Do Video Games Make You Smarter?

As a hardcore gamer who has played thousands of hours of video games I want to know if I am smarter, because I play video games. I want to know the real answer behind the question, “Do Video Games Make You Smarter?” Gamers are often stereotyped as lazy, unmotivated, and portrayed as people who would rather sit on the couch with a controller than a book. While it’s true that there are individual gamers who do perpetuate this stereotype this article will point to numerous studies that prove that video games can make an individual smarter.

Playing Video Games Results in Faster Decisions that are Accurate

A study at the University of Rochester done by cognitive scientists have discovered that gamers will make the right decisions faster. According to the study, “develop a heightened sensitivity to what is going on around them, and this benefit doesn’t just make them better at playing video games, but improves a wide variety of general skills that can help with everyday activities like multitasking, driving, reading small print, keeping track of friends in a crowd, and navigating around town.”

An interesting outcome of this study was that they found that gamers who play action oriented video games were up to 25 percent faster at reaching a decision that was correct compared to those playing non-action oriented games. One of the authors of the study remarks that, “Action game players make more correct decisions per unit time. If you are a surgeon or you are in the middle of a battlefield, that can make all the difference.”

The research goes on to show that the brains of video game players compared to non gamers are better at collecting visual and noises from their surrounding and using this information to come to a decision quickly. My main takeaway from this study is that all gamers ought to be detectives. Every gamer is basically Sherlock Holmes right?

The older a person becomes the more their ability to multitask and have cognitive control diminish. One study created a game called NeuroRacer and had older adults from 60 to 85 years of age play the game. Surprisingly they found that the game helped these adults in both their multitasking and cognitive control. Both improved due to playing this video game! In addition, the older adults in the study had better sustained attention and working memory. Maybe it’s time to get the older people in your life (or perhaps you?) playing video games. Video games aren’t only for young people.

Specific Games Can Help With Learning

There are different methods of learning, and different people learn best from the variety of methods. Yale Researchers performed a study with 583 second graders where they had the students play a brain training game called Activate. The results where that those students who played for twenty minutes three times a week over the course of four months excelled at reading and math tests compared to those students who didn’t play the video game.

To me this doesn’t seem surprising. With the rise of puzzle and strategy games that force players to think deeply and make complex connections I could see how particular games would aid gamers in their educational pursuits. I contribute many of my foundational math and writing skills to early educational PC games such as Math Blasters.

In addition – many gamers love video games due to the  elements of progression, accomplishment, and success. Educational programs such as Duolingo (language learning website) are capitalizing on these elements in their courses, and I believe it’s one of the reason they’re seeing success. People aren’t opposed to learning, but it’s easier when you feel like you are progressing and succeeding.

Different groups are also finding that playing video games can help those with specific learning hurdles. A study found that twelve hours of action video games will improve the reading skills of dyslexic children. It makes one wonder what other discoveries will be found that link gaming to increased learning.

All of the action video games you’ve been playing aren’t only for entertainment as a study has gone to show that they can help with your ability to learn quick. This study took two groups of gamers. The first group played action oriented games and the second played non-action video games. They then had each group perform a task that required them to learn the process to complete it. The study found that while both groups were able to complete the task it was the action video game players who were able to learn the process more quickly and finish the task.

Yes – video games can make you smarter. They can help with your ability to learn, make decisions quickly, and multi-task. You can’t argue with the evidence, but one word of caution. Video games can benefit you and make you smarter, but so can other activities. One of the reasons that people think video game players are dumb is because many gamers can spend the bulk of their time gaming. Video games cannot be the ONLY thing that develops you intellectually and mentally.

The cliche of video games will rot your brain isn’t true, but it can become true in your life if its all that you do. As a gamer I know the allure of gaming, and honestly if I have to choose between reading a book or gaming, more often than naught I will have my controller in hand. If you want to be wise, smart, and healthy you’ll need to diversify your activities to more than just X-Box and Playstation.

It’s exciting to know that video games can benefit you and make you smarter, but don’t turn that into a crutch to not learn from other endeavors as well. If you know of any other recent studies that point to playing video games linked to learning and intelligence I would love to know about them. Put them down in the comments below!