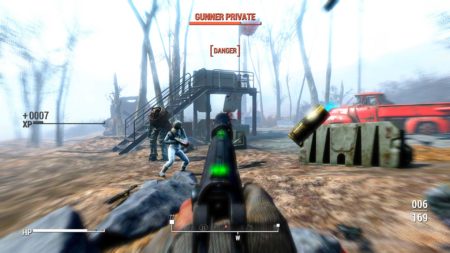 Many video games require fast reflexes to win or at least help a player perform well at the game. E-sport professionals that play in the first person shooter arena have incredibly fast reaction and reflexes in game that help them in their gameplay. Gamers are putting hours into games that require fast reflexes and reaction time, but does this give them an edge over non-gamers? The question is – do gamers have faster reflexes than non-gamers?

The quick answer is…maybe? Here is the evidence for why the answer to this question is inconclusive.

The Single Study that Points to Gamers Being Fast at Clicking

A study at the Central Washington University gathered 87 individuals ranging from 18-40 years of age. Their aim was to examine the “differences in types of reaction time to a visual oddball stimulus between gamers and non gamers as well as males and females.” What is a visual oddball stimulus? Basically they’d place someone at a computer screen with a mouse. The screen would change colors or perhaps an object would appear on the screen, and the moment the change took place the participant would need to click down on the mouse. The study was measuring the reaction time between the object appearing on the screen and the click of the mouse.

If you’re interested, you can take a similar reaction test here and test your own ability. I average 320ms. Share your speed in the comments below!

The study’s results had significant data to show that the reaction time of gamers (those who play 4+ hours of video games a week) had a quicker reaction time than non-gamers.

There is no evidence showing that reaction time of clicking a mouse transcends into every day life. In other words, does the ability to quickly react to a computer screen translate to fast reflexes in the rest of life? Would a gamer be able to react to a basketball being thrown at their head as quickly as a non-gamer? Does reaction time and reflexes from gaming translate to the rest of life?

And the answer to these questions can be argued and debated, but to my knowledge there are no studies that have been done to provide concrete evidence. For instance – what if the test required a person to be behind the wheel of a car and swerve from an incoming rock? Would a truck driver who spends hours driving and plays no video games have a faster reaction time than the average gamer?

Until I see more studies and facts I am hard pressed to agree that gamers have faster reflexes than non-gamers. There haven’t been enough studies done.

The Other Study That Isn’t About Reflexes. Sorry Gamers.

There is one more study that is often used to say that gamers have faster reaction times. A University of Rochester study went on to prove that gamers are able to make correct decisions quicker than non-gamers. Faced with a problem the gamer is able to correctly navigate and answer the problem before the non-gamer. We talked about this study in our article “Do Video Games Make You Smarter?” if you’d like to read more about it. From my understanding this study is more about decision making than reflexes.

I would love to say YES! Gamers have ninja-like reflexes and we are the best people on this great big planet, but I just don’t see the evidence. I have put thousands of hours into video games, and feel like I have fairly fast reflexes, but am not confident enough to say that the average gamer has faster reflexes than the non-gamer.

How to Improve Reaction Time for Gaming

With all this said, you might not care whether you’ve got faster reflexes or a speedier reaction time than the non-gamer as long as you’re faster than the other gamers you are competing with.

I have played a lot of games that require faster reaction time (CounterStrike, Overwatch, PUBG, etc.) and I would argue that I’m pretty good at them. Not trying to be all I AM THE BEST AT GAMES, but I want you to know that I am speaking from experience.  After putting in thousands of hours into video games that require reaction time I believe there are two things you can do to improve your reaction time and they’re incredibly simple.

Most people who are slow with the mouse haven’t put the time in. If you want to have a quick hand you’ll need to sink in time practicing. You need to be practicing games that demand reaction time. If you spend most of your gaming playing a game that requires zero reaction time and hop into a match of Overwatch you’re going to be slow. Reaction time in aiming will improve the more time you spend practicing it. It doesn’t happen over night. Put the time in.

I know for a fact that I was quicker with the mouse as a teenager and in my twenties. Now I am in my thirties and I cannot physically compete with the younger generation in regards to reaction time. If you pit a teenager who games against me – they will beat me in reaction time most of the time. Our reflexes slow as we get older – sadly it is part of getting older.

But there is hope! Positioning and situational awareness in a video game ALWAYS trumps reaction time. If you can position yourself into a spot that gives you a clear advantage over your competitor, reaction time will mean less. The gamer who is aware of their surroundings and the game’s meta will be able to position themselves in a spot where reaction time will be less of a priority. I truly believe that many people blame their reaction time and focus on trying to get quick with the mouse rather than getting better at positioning and situational awareness during gameplay. Who needs a quick reaction time if you already know where the enemy is or at least where they will be coming from?

Focus your time on getting to fully understand a game and how to position yourself into advantageous situations before you start worrying about reflexes and reaction time. Reaction speed will come naturally.

Do you agree with my assessment? Are there studies that I am unaware of that can bring  a more conclusive answer to this question? What do you think? Do gamers have faster reflexes than non-gamers?