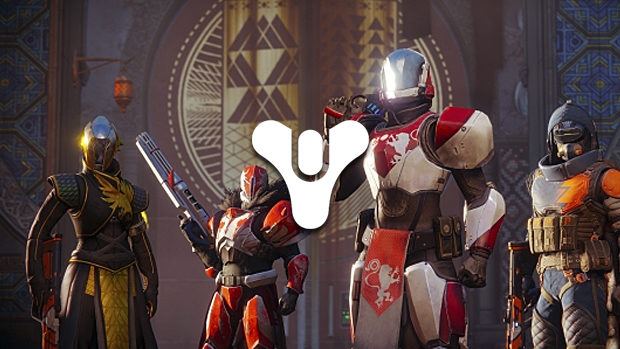 Last week Destiny 2 was released on PC, and I’ve been playing non-stop ever since. I finished the storyline, completed many side-quests and patrols, and had a blast in the crucible. While some are complaining that the game doesn’t have enough content, and that it’s not worth the $60 I would argue otherwise. I’m continuing to do side-missions, milestones, and earn rep so that I will be able to hold my own when the raid releases this week for the PC community.

All this to say I’m loving Destiny 2 and think it’s worth every penny. While the game gets a solid A in my book there is one major bone I need to pick with Destiny 2. The game does a horrible job of promoting community. Bungie has done a great job of world building as they’ve filled the Destiny 2 universe with lore, stories, NPCs, and now online players, but they’ve done a terrible job of allowing players to build a community of their own.

As of release the only way to communicate with any player (besides emotes) is by crossing your fingers that they join the team voice/text chat while grouped for Crucible or a Strike. The only people you can talk with are those who are randomly placed on your crucible or strike team. Otherwise it’s impossible to communicate with another player. According to this PCgamesN article the reasoning that Bungie has given is “so there’s no way to “walk into a public space and see just this flood of toxicity coming through.””

No way to whisper anyone who’s not part of your fireteam, clan, or friend’s list.

Bungie has essentially decided to reduce the possibility of creating organic community within their game, because they’re worried about people being mean to one another. I understand where they’re coming from. The ability to keep anonymous on the internet often leads to a few people being annoying, rude, racist, sexist, and downright mean. Few online communities are able to achieve freedom from all toxicity.

All of my favorite online games shared one characteristic. The ability to create community naturally through communication. Friendships, rivalries, player-made politics, and more can only come about if you’re able to easily and freely talk with one another.

Unfortunately, Destiny 2 will suffer because of a few rotten apples.  I love Destiny 2 and will continue to play it, but the ability to talk with others freely would make this game significantly better. Imagine joining the tower and striking up a conversation with a stranger, asking a player about joining a clan, or getting advice on gear? Simply being able to talk with others freely would transform this game from an A to an A+.

One can only hope that Bungie will make a change in this direction , but in the meantime toxicity has won.

What’s your thoughts on the matter? Is the Destiny 2 community severely limited because of limited communication options? Join our Facebook discussion or comment in the comments below!

If you’re looking for awesome Destiny 2 Merchandise, check out the best stuff we could find on the interwebs!