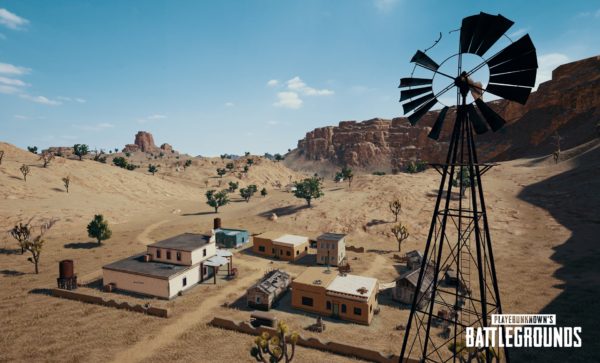 I was an early adopter of Playerunknown’s Battlegrounds. Even with all its flaws I loved the gameplay, and have sunk hundreds of hours into the game. Half my time is spent playing with a core group of friends (the Hey You Video Game guys) and the other half  by queuing up with randoms on squad.

Joining squad as an individual has always been a crapshoot. You never know what level of expertise your fellow teammates are, whether they have microphones, or whether they might just team kill you for your loot (albeit this has been fixed with the reporting feature. Thanks Bluehole!). Playing solo makes me paranoid, duo seems too intimate, and so I often roll the dice to see what kind of squad I get.

Things began to change late last year when I began to get placed onto teams with more and more Chinese players. This makes sense, because as of November 2017 more than half of the PUBG player base spoke and read Chinese. At first I found it somewhat amusing trying to communicate over the mic with my Chinese teammates. I’d run over to them and drop off extra ammo or gear, and they’d attempt to call out enemies. I found it fun for a while.

Nowadays, if you randomly queue up for Squad there is an incredibly low chance that you’ll land in a squad with other English speakers. I have played multiple rounds where all of my teammates are Chinese. I know this, because they’re literally speaking Chinese on their microphones.

Here’s why this is frustrating to me – one of the core characteristics of a Chicken Dinner winning squad is communication. Teammates are constantly telling one another where the enemy is, where extra supplies are, they’re making group decisions over where to parachute in and more. Communication is key to being #1 in PUBG, and when you can’t talk with your teammates you’re already at a huge loss. Honestly, I imagine that the Chinese players are just as frustrated when they queue up with an English-only speaker.

I don’t know exactly what the answer to this is (region lock, ping filter), but I hope that the developers will recognize this as an issue and not the ranting of a xenophobic fanboy.

Frankly, this is not going to ruin PUBG for me and I will surely spend many more hours playing squad games with randoms. I am excited that the game is doing great in China and look forward to the future of this game.