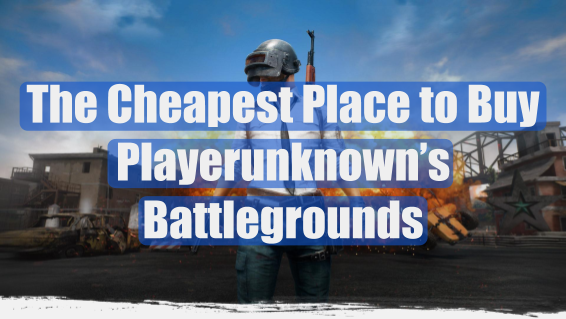 You’ve been fantasizing about playing Playerunknown’s Battlegrounds, but you’re not sure if it’s in the budget. The game has taken 2017 by storm, and it’s currently the most popular shooter in the world. We’re huge fans of PUBG here at Hey You Video Game! and want others to know and experience this wonderfully engaging game.

One Note – We’ve come across some sites that do sell this game at a cheaper price, but it’s very difficult to tell if they’re legitimate. Within the last couple months, Bluehole (developer of PUBG) has banned over 320,000 accounts for misconduct and hacking (source). Many of these banned accounts have flooded the market and are being sold. Yes, you may find a cheap PUBG account from another site, but there’s a good chance that it’s a banned account that will be unplayable. 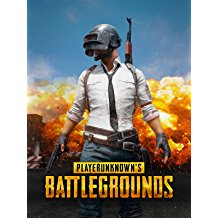 The cheapest place to buy Playerunknown’s Battlegrounds for the computer is currently Amazon. Our trusty online retailer has the game for a good price, and it is worth every single dollar. I personally bought the game when it cost much more, and have put in over 700 hours. You’re only a few clicks away from parachuting into the battle royale! This is the spot for a cheap PUBG copy.

Check out the Cheap PUBG Price on Amazon

Cheap PUBG for Xbox One 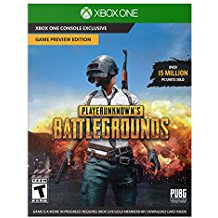 We’re so excited that Playerunknown’s Battlegrounds is being released for the Xbox One on December 12th of this year. Pre-order yourself a copy of PUBG at the cheapest price right now! This is a great game for you or to purchase as a holiday gift for a loved one. PC gamers have had PUBG all to themselves, but it’s time for this great game to come to consoles!

We hope that this article helped you! If you find a place that is selling PUBG for cheaper would you tell us in the comments so that we can update this article? Thanks and enjoy getting that chicken dinner!

If you love podcasts listen to our PUBG podcast. We’ve also written an article on how to cosplay for PUBG here.